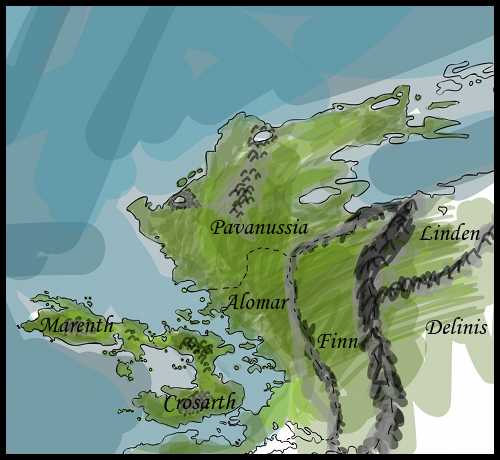 The Crosarthian Empire, while not the largest in the world, remains one of the most powerful. Composed of Crosarth, Marenth, and a smattering of city sized and island colonies around the globe, the empire is defended by one of the fiercest Nautical forces that mankind has ever seen. In recent years, with the invention of Airships, it has also constructed one of the most technologically advanced Air Navies to join it.

Alomar and Phinneris may control more territory, but only because the Crown of Crosarth did not have it’s eyes so set on conquest.

About the comic:
Taking place in a world not completely unlike the way ours once was, The Chronicles of Crosarth focuses on the crew of the HMS Hummingbird. The Hummingbird is the newest addition to the Crosarthian Air Navy, and intended to be Fleet Admiral Hayworth’s flagship… but things don’t work out the way he thinks they will.

Also, Hayworth is a squid. That should probably be mentioned at some point.

Background:
It began with a dream.

It wasn’t my dream, mind you. It was a dream my friend Chris Warner had. I’d describe it in detail, but it’s really not important. The main point of the dream was that he ended up with a squid who imprinted on him. Mr. Warner decided to post about this on twitter (as the full dream is very strange), and our friend Beth “Befu” Maus asked if the squid would be raised in the “steampunk lifestyle” (as Chris and his wife produce many steampunk inspired items… and we all know Cephalopods are Steampunk).

And then I got involved.

I had been doing a gag a day webcomic called Irresponsible Irreverence at the time, and I produced a comic about it.

A couple more comics followed, and a world started forming in my head. Supporting characters, technology, all of it… was just floating there. I decided that it was about time to produce a full blown story in that world – and with that, you get The Chronicles of Crosarth. 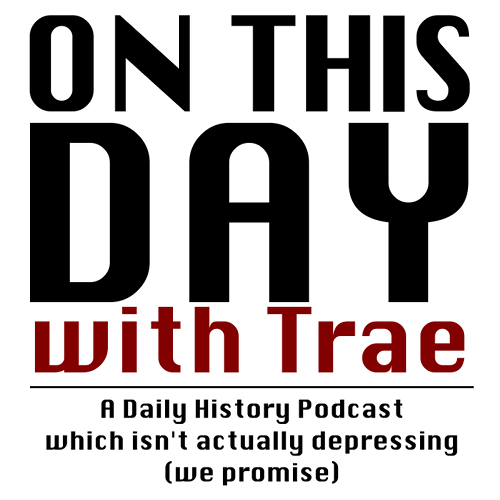